How to Avoid a Google Penalty 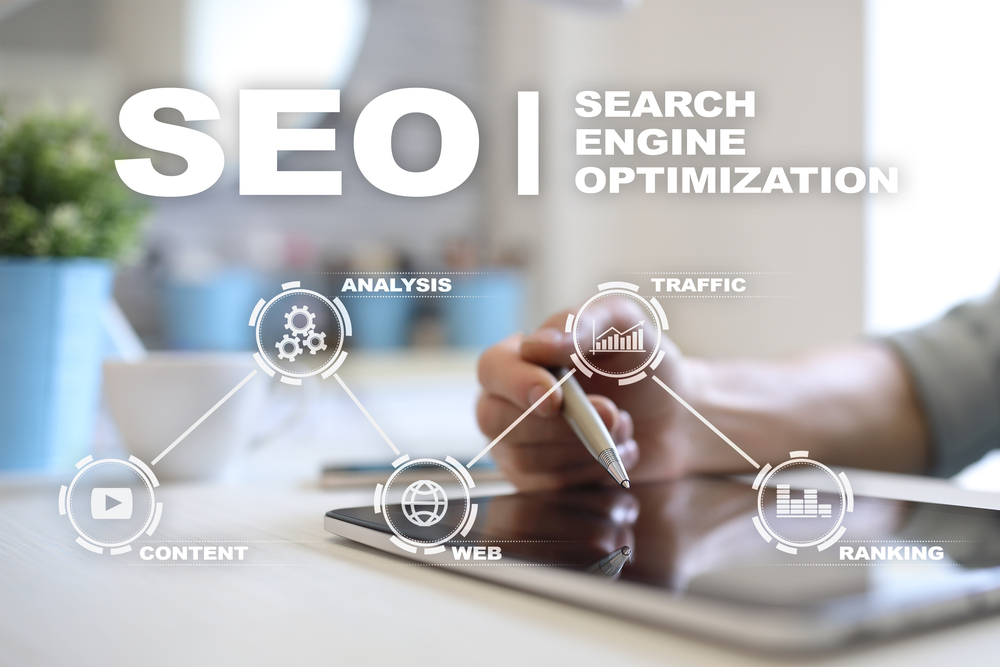 There’s no worse feeling in the world of search engine optimization than getting shuffled into the back of the “Google sandbox”. 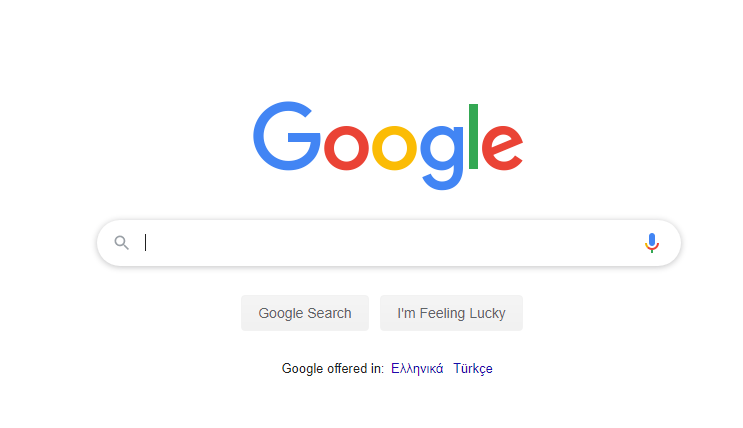 Because search engine rankings are maybe the most highly competitive thing on the internet today – with literally millions of sites all fighting over the top spot – it takes a lot of work, a lot of time, a lot of energy and a lot of resources to create consistent success.

For that to all fall apart because you’ve been hit with a Google penalty is bone crushing.

Worse still, every now and again Google makes adjustments to their search engine algorithm that determines rankings without any warning whatsoever. And all of a sudden things that were perfectly acceptable before are now absolutely forbidden – and your site is shuffled to the back of the sandbox anyway.

Thankfully though, as long as you follow a couple of best practices recommended by top-tier SEO experts you won’t have anything to worry about.

With the help of the inside information we highlight below you’ll know exactly how to avoid a Google penalty from here on out, basically future-proofing your site and protecting your rankings moving forward.

Shall we get started?

Two Kinds of Google Penalties to Know About

Really quick, there are two specific types of Google penalties you want to know how to avoid.

Manual penalties happen when someone at Google specifically takes a hard look at your site and your SEO efforts and determines that you’ve done something that violated their terms and agreement requirements. Penalties like this will almost always be accompanied by a Google Webmaster Tools notification directly from Google about the penalty itself.

Algorithmic penalties, on the other hand, are 100% automatic and these automated penalties arise as a result of the super-secret Google search engine algorithm.

No one outside of Google really knows what goes into this algorithm to determine how your site ranks versus all others for specific keywords (outside of informed guesswork) – but if your site runs afoul of these algorithms you’re going to get pushed to the back of the line. That much is certain.

Those are the kinds of penalties we are talking about in this guide.

Now let us dig into the meat of how to avoid a Google penalty from occurring in the first place.

Google won’t share information about their search engine algorithm for fear that people will try and manipulate the system, but they are pretty upfront and explicit in the guidelines that they want you to follow when it comes to ranking highly with them.

You can find the Webmaster Guidelines from Google with a quick search. These are the general rules you’ll want to follow when undertaking a search engine optimization campaign. Follow them to the letter and the odds are pretty good that your site’s rank will increase pretty quickly.

Bend or break these rules and you might find the Google algorithm less than understanding.

In the Wild West days of search engine optimization you used to be able to stuff keywords into your content pretty much anywhere and everywhere you wanted to – even if it didn’t make sense when human beings read it – and still rank highly on Google.

Today, however, that kind of keyword stuffing is going to absolutely devastate your rankings faster than you ever would have thought possible.

Google has dramatically overhauled their algorithm to look for keywords, but also to look at other components of your site and its content, to determine whether or not it is relevant for a specific search.

Clean Up Your Links

Aside from keyword stuffing, another old tactic that used to work really well to get a site rank highly was to generate as many back links as humanly possible to your site onto site pages – regardless of whether or not those links were relevant, organic, or informative in any way whatsoever.

Today, though, Google maintains a “link profile” for every single site that it indexes on its search engine.

If you still have a lot of links generated by automated tools, spam robots, link wheels, and other similar gray & black hat SEO approaches now is the time to clean them up and scrub them completely.

Few things crater a site’s ranking the way that the cluttered and confusing link profile at Google will.

Stay Up to Date on Google Algorithm Changes

The last big piece of the puzzle we want to highlight here, in figuring out how to avoid a Google penalty, is staying up-to-date on the major changes Google has made to their search engine algorithm.

The last two major shakeups to the algorithm were given codenames – Penguin and Panda – and they changed the way that Google rankings worked almost entirely. Most changes to the algorithm are a lot smaller and subtle, but they happen with an almost breakneck frequency.

You need to make sure that you are keeping on top of these changes if you’re going to change and adapt your search engine optimization efforts to protect your site from Google penalties.

When you need to look something up online Google is one of the world’s most popular search engines. In a way, it’s sort of like its own club, and like every club, it has a set of rules to follow if you want to be a part of it. If you violate the rules you […]

Why Isn’t My Website Showing Up On Google? There’s nothing worse than Google ignoring your website. Plenty of entrepreneurs, marketers, and advertisers spend hours and hours researching their customers, building great products and services, and designing amazing websites – only to discover Google isn’t listing them anywhere near the top page (or even at all)! […]

How to implement SEO Solutions for Small Businesses It was easy to dominate Google search rankings locally even just a few years ago. Pay attention to your on page SEO, dial in your keyword research, and focus on building some NAPs and you were good to go. But after the Google Venice update local SEO […]

A Google Algorithm Update Just Hit My Website – Now What?

Google shakeups are pretty commonplace. The search giant is interested in one thing and one thing only – providing the most relevant results possible, as quickly as possible, to every search query made on the site – and Google makes frequent adjustments to their internal algorithms to do exactly that. Some of these adjustments are […]

Ranking high in Google is a huge piece of the success puzzle these days. Finding a way to dominate for relevant keywords so that your site shows up more often than your competitors – and higher up in the rankings, too — will help push a flood of targeted traffic to your site, generating the […]

SEO means “Search Engine Optimization”. In other words, SEO is the practice of increasing traffic to your website. Increasing your website’s traffic can lead to better exposure of your brand, more and better conversions or sales and long term results. Despite what people commonly believe, SEO is not just meant for the Search Engines but […]

PPC vs SEO: Which one is the best for you

Wondering which option is the right one for your investment?  When it comes to growing your website’s traffic, you should look no further than utilizing the great results that SEO and PPC can bring.  In case you’re a business owner with an online presence, you must definitely know that traffic is the alpha and omega […]

3 Questions to ask before hiring an SEO Agency

Hiring an SEO agency is an important step in your marketing strategy. People that come to the point of implementing Search Engine Optimization for their business are likely well-educated on the effectiveness of this marketing technique and the tremendous ROI that it can yield. However, you have to be extra careful about choosing the company […]

SEO terms that you need to know SEO means “Search Engine Optimization” and it is the process of acquiring organic (Free) traffic from the search results of search engines such as Google. But why you should care about it? Organic Search Traffic is often the primary traffic source of a website and it is considered […]

Why you shouldn’t use PBNs even though they work

What is PBN? If you’ve ever been researching on SEO tactics, I am sure you’ve asked yourselves the questions ‘What is PBN’, ‘what is PBN in internet marketing’, ‘Will I benefit from PBNs’ and many other related queries. The purpose of this article is not only to answer your questions but also to help you […] 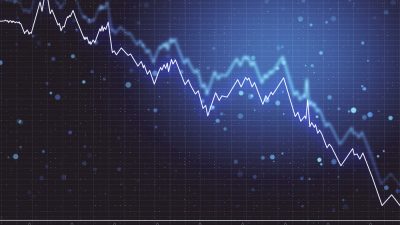 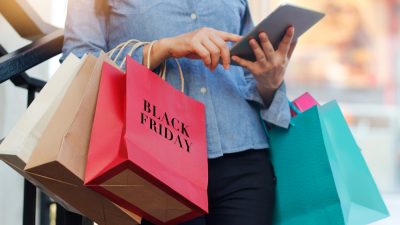 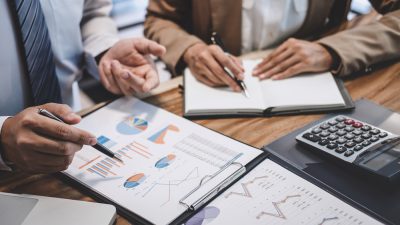 Fill in your details below for the latest news and information from the Digital Marketing World.

By submitting your email you agree that we may contact you about Yoshiro Digital’s news, offers and promotional material via email.